Dr. Starnes is a pioneering, internationally renowned cardiothoracic surgeon. He specializes in areas of minimally invasive heart surgery and operates on both children and adults. Come hear Dr. Starnes talk about “Building the Future: Cardiovascular Care”. February is Heart Health month so let’s all wear red!

Dr. Starnes joined the Department of Surgery as a Hastings Professor of Cardiothoracic Surgery and Director of the Heart and Lung Transplant Program in 1992 and became Chairman of Cardiothoracic Surgery in 1997. He was named a Distinguished Professor of Cardiothoracic Surgery in 2004 and became Chair and Surgeon-in-Chief of the Department of Surgery in 2008. As the founding Director of the USC Heart and Vascular Institute, Dr. Starnes has built an interdisciplinary powerhouse comprised of clinicians and basic scientists who are exploring better and more innovative ways of treating heart disease. Under his leadership, USC surgeons have conducted more than 16,000 open heart surgeries to repair and replace valves or create coronary artery bypasses, and more than 10,400 surgeries for diseases of the lungs, esophagus, and chest wall. Dr. Starnes also serves and the Division Head of the Children’s Hospital Los Angeles Heart Institute.

When he was recruited in 1992, the program was performing 125 surgeries a year. Under his leadership, the Institute has now grown to more than 900-1,000 cases a year. Before joining USC, Dr. Starnes received his BA from the University of North Carolina at Chapel Hill in 1973 and went on to receive his MD at the University of North Carolina Medical School. He completed his internship and residency in Surgery and a fellowship in Pharmacology and Surgery at Vanderbilt University in Nashville, Tennessee. He completed a two-year residency in Cardiovascular Surgery and spent a further year as the Chief Resident in Cardiac Transplantation at Stanford University. Dr. Starnes then completed a Fellowship in Pediatric Cardiac Surgery at the Hospital for Sick Children in London, England. After completing his training, Dr. Starnes accepted a position as an Assistant Professor of Cardiovascular Surgery at the Stanford University School of Medicine. While at Stanford, he also served as an Assistant Professor of Pediatrics and an Associate Professor of Cardiothoracic Surgery. He became the Chief of the Cardiothoracic Surgery Service Line at the Louise Packard Children’s Hospital at Stanford University in 1990.

Dr. Starnes has an ongoing interest in congenital heart disease and minimally invasive repair and replacement of the valves of the heart. He is actively involved in research on stem-cell therapy for congenital heart defects and in clinical trials investigation of new valve technology, including percutaneous heart valve replacement. He has authored and co-authored over 200 publications. Dr. Starnes other major areas of research include adult acquired heart disease, tissue engineering, and heart, heart-lung, and lung transplantation. Dr. Starnes is a member of the USC Health System Board and a member of the Keck Foundation Advisory Committee. He served as President of the Western Thoracic Surgical Association in 2003 and on the Examination Committee and Examination Consultation Committee of the American Board of Thoracic Surgery. Dr. Starnes served as the 100th President of the American Association for Thoracic Surgery. 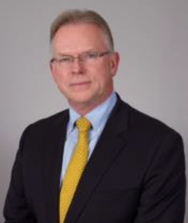