Professor Kamei is recognized as one of America’s most prominent and visible scholars on Japanese American incarceration during World War II.

HOLIDAY BOUTIQUE in the Town & Gown of USC Courtyard

Susan H. Kamei is recognized today as one of our country’s most prominent and visible scholars on the Japanese American incarceration during World War II and one whose work has significantly influenced the study of political, social, and Asian American history. Her book When Can We Go Back to America? Voices of Japanese American Incarceration during World War II (Simon & Schuster 2021) has received critical acclaim for its riveting, meticulously researched, and comprehensive historical narrative of this tragic episode in our nation’s history.

Professor Kamei created and teaches a popular USC undergraduate course on the incarceration and its constitutional and social implications today, the first of its kind to take a comprehensive and interdisciplinary approach to this complex subject. In recognition of her scholarship and contributions to USC, she received a 2022 USC Phi Kappa Phi Faculty Recognition Award and the USC Undergraduate Student Government 2018 Community Achievement Award.

She has appeared in broadcasts by media outlets such as NPR, C-SPAN, France 24, and NBC, and her op-ed pieces and other articles have been published in the Los Angeles Times, The Conversation, and Discover Nikkei. She draws upon the stories of her incarcerated grandparents and parents and her experience as a volunteer leader in the legislative campaign for the Civil Liberties Act of 1988 that acknowledged the wrongfulness of the incarceration and provided token reparation payments to surviving incarcerees.

In addition to her engagement with the topic of the Japanese American incarceration, she has enjoyed a long career at USC in academic administration, including service as an associate dean for the USC Dornsife College of Letters, Arts and Sciences. She currently serves as the managing director of the USC Spatial Sciences Institute. 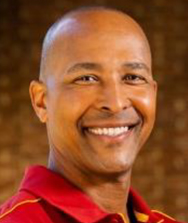